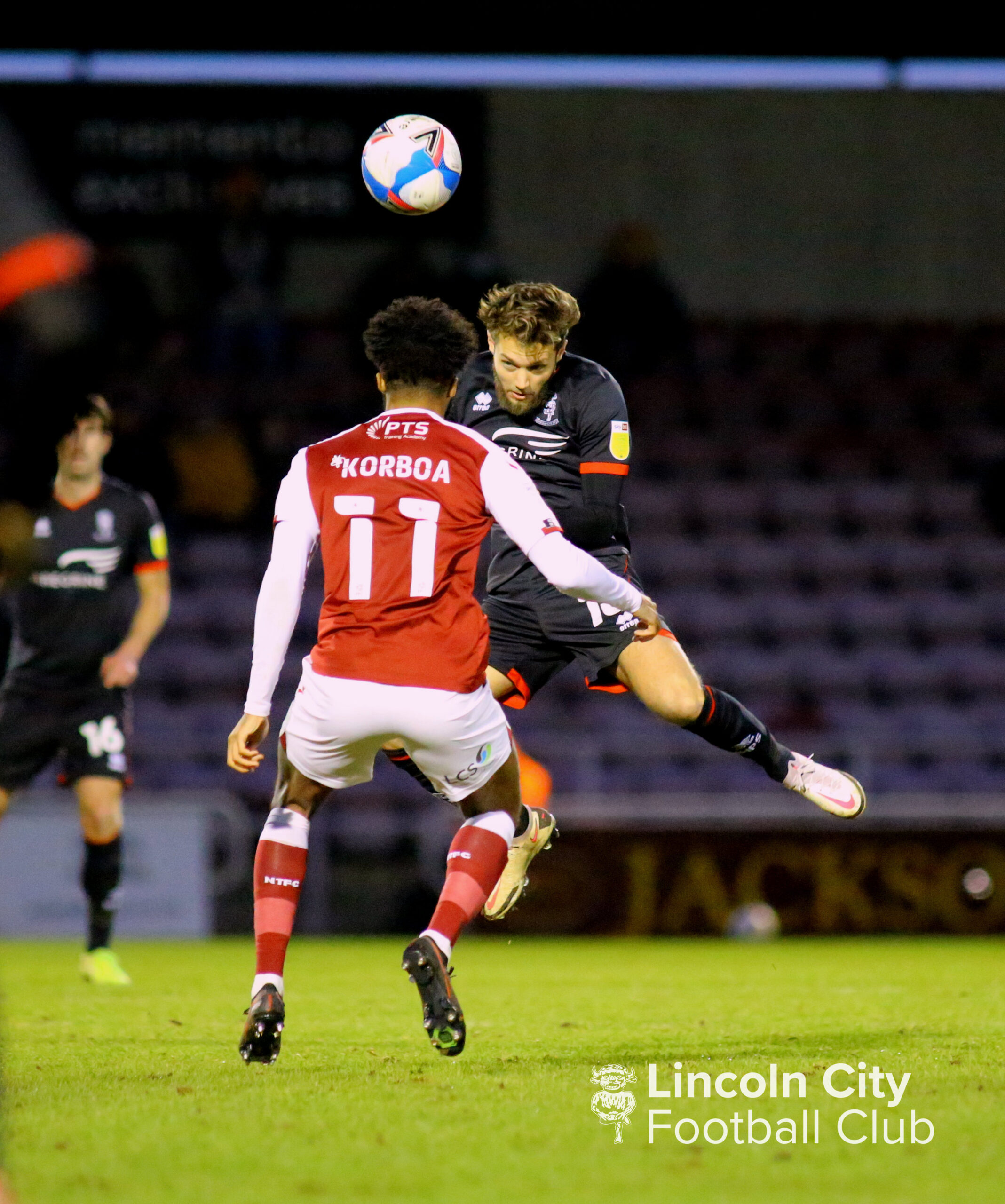 Since we appointed Michael Appleton after the departure of the Cowley Brothers, the squad turnover has been high, with only one player being left from the Cowley era in our squad, which is Max Melbourne but his loan deal was made permanent by Michael Appleton. I thought I’d have a look at the squad that lost to Blackpool in Appleton’s first game in charge and see where they are now.

Josh Vickers started in goal, and he is at Rotherham now, he has been mainly a second choice and but he has started to make his impression, featuring in league games recently, keeping 2 clean sheets in 4 games.

Harry Toffolo only lasted six months under Appleton, but if he didn’t leave I’m sure he’d still be in the side now. Toffolo is one of our best ever left-backs and was crucial to our promotion from League Two and partly in our survival in League One. He remains at Huddersfield, where he joined Danny and Nicky in January for a fee of around £500,000. He is a fan favourite for them and has played 67 games for the terriers.

Jason Shackell and Cian Bolger were the centre-back pairing that Appleton picked. Shackell had a bitter end to his imps career with him being replaced with Alan Sheehan midway through the season just before the pandemic hit, he is now retired and probably somewhere in the US. He was by no means a bad player for us, but it seems that the bad few months he had dented his imps career. Cian Bolger left at the start of the 2020/21 season after Appleton had made it clear that he didn’t fit the system, he went to Northampton Town, where he captained the club but they didn’t manage to avoid the drop. He is now with Larne FC of the Northern Irish First Divison.

Neal Eardley rounded off the defence at right-back. He was one of the many players, that was released at the end of the season and was signed before we could try and negotiate a new deal. Eardley has struggled since his departure from the club, he left Burton Albion in January and joined League Two Barrow on loan but once again struggled. He is now with Connah’s Quay in the Welsh First Divison.

Callum Connolly partnered Joe Morrell in the midfield that game, Connolly joined the imps on loan from Everton and looked promising following his two assists on his debut, but he was a victim of a change in management and was probably the right player at the wrong time, he is now at Blackpool in the Championship, signing for them in the summer, after a number of loans with Fleetwood Town. Joe Morrell will return to Sincil Bank later on this month, sadly he won’t be in a red and white shirt, but the Welsh international will be wearing a Portsmouth shirt. After gaining a move to Luton Town from Bristol City because of his impressive Lincoln spell, he struggled to make an impact but did play an integral part in the Euro’s for Wales starting every game, including their RO16 tie, during the summer, he got his move to Portsmouth to once again work with the Cowley Brothers.

Harry Anderson was on the opposite side that day. Anderson left us this summer, as it was the end of his current deal, leaving as a club legend. He moved to League Two side, Bristol Rovers and has been impressive for them in a disappointing campaign for Joey Barton’s side playing mostly on the right side of a back-five or back-four, which is much different to the role he played the majority of his football for the imps.

Jack Payne was our goal-scorer that day, and our first goal-scorer under Michael Appleton, which always makes me chuckle. Payne was everything that we wanted in the summer after our promotion, a creative force and he looked like he could really push on under Appleton but it just never happened. He lost his spot to Jake Hesketh, who was rarely dropped by Appleton despite a string of poor performances, and he was sold to Swindon Town in the following summer, where he is now playing a crucial role in their promotion hopes in League Two.

Bruno Andrade was on the left-hand side for us that day. I admired Bruno, but I now wonder whether he was overrated by the majority of our fan base, because of that few months he had during our title-winning season. He was looked at by Aston Villa and Portsmouth amongst others, but none of that interest came to anything and he took a chance to leave us for Salford City, of the league below, in January. In later interviews with Appleton, it has been revealed that he was ‘difficult to deal with at times’ but that was also played down by Appleton. He failed to make any sort of impression at Salford and is now at Stevenage after Salford ended his contract prematurely.

The striker that day was Tyler Walker. Walker was recalled from his Lincoln City loan spell after an impressive start to the season and was barely used by Nottingham Forest upon his return. He was later sold to Coventry City that summer, with a potential Lincoln return being rumoured all the summer but I was sure that was never going to happen. Walker has struggled for Coventry having some bad injuries and suffering from the effects of coronavirus.

The only used substitute that day was Jorge Grant, who left us in the summer for Peterborough United after our playoff final loss to Blackpool. Grant was a revelation under Appleton, turning round his imps career turning himself into a reliable player, captained the side on multiple occasions. Grant is still finding his feet in the Championship and was most recently an unused substitute in Peterborough’s loss to Fulham.