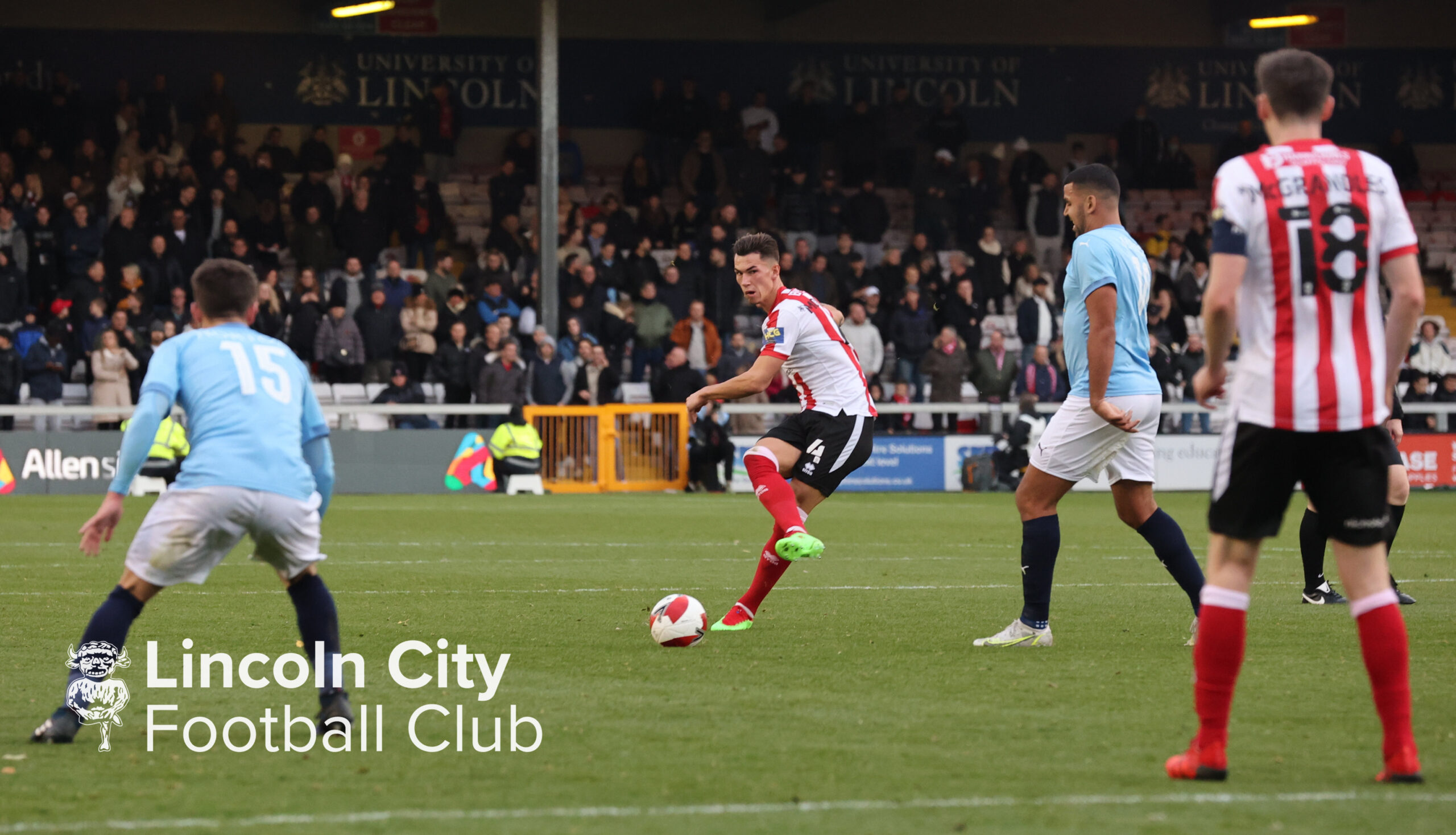 The imps were knocked out of the FA Cup yesterday at the hands of League Two, Hartlepool United by a goal to nil. Michael Appleton made a handful of changes to the side that struggled against another League Two side in Carlisle, with Sam Long, Adam Jackson, Jamie Robson and Ted Bishop replacing Josh Griffiths, TJ Eyoma, Cohen Bramall and Max Sanders. Again, I don’t see what Sanders has to do to get a regular run in the team, and with Liam Bridcutt being back on the bench today I do worry for his future and if we do lose him in January, it will be a massive mistake. We have some great FA Cup stories over past few years, beating the likes of Burnley on route to an FA Cup quarter final tie with Arsenal, so going into the game I thought our players would be craving putting themselves into Lincoln City cup history and potentially letting us draw a big side in the 3rd Round. I’m not saying the passion or desire isn’t there, some may question that, but at the end of the day they all play football to win games and the scenes at the end do prove that they have some fight but I think as a group the ability isn’t as strong as last year neither is the chemistry or mindset but replacing players such as Grant and Johnson wasn’t going to be an easy job. I could sit here behind a screen and complain about the summer recruitment but unfortunately it isn’t Football Manager, it isn’t as easy as some think but Jez George would probably be one of the first to admit we didn’t do as well as we could have done in the summer. We are going to improve the squad in January but my worry is that last year, it was a level playing field financially so we could use our manager and our model to attract players, but with our League position at the moment is a 19 year old Premier League loanee going to reject Sunderland for us, there is obviously many more factors than that to recruiting but it’s a valid point. Sunderland, Wigan and Pompey (to just name a few) have much higher budgets as well, it’s going to difficult to compete financially in January.

The action on the pitch is hard to write about because it just seems I’m writing the same stuff every week, we all know we can’t score goals so what’s blaming the manager going to do, put a different manager in this team we won’t magically start scoring four goals a game, we might change style but again it becomes another adjustment period and we all remember how tough it was under Appleton when he first came in. I want to comment on the incident at the end, I have removed myself from looking at the constant social media chatter for the last few weeks so I don’t know what has been said on there, but from my point of view both parties are in the wrong. Chris Maguire shouldn’t retaliate at a fan in the crowd, but at the same time something must have triggered that reaction. It really was a sad day for our football club in my opinion, clashes between players and fans aren’t what you want, once that happens the fans will turn on the players, which is already starting to happen, with booing once again at the final whistle. It’s something I wouldn’t do but I do understand the urge to do it, some fans go to work everyday so they can go and watch their team at the weekend. The same will happen with the players to the fans, they will stop playing with the desire and passion as for them it will become a chore playing in front of a home crowd, which moans and groans every time they pass it back. They didn’t deserve a standing ovation off the pitch today but they are still human, I could tell that reaction hurt them, especially some of the younger players.It’s hard to find positives, but it’s my job to pick stuff out about a game. I was impressed with Sam Long once again, he seemed to also be the only one clapped off by the fans and he looked really good in between the sticks, he was really confident with some of his gathers and he also made a good save from a one-on-one chance in the second half. I don’t write on here to single out players for poor performances, because you know, I know who has been poor this season, opinions might vary but there is three or four players that most fans would label as having bad seasons so far. We have got certain attackers, who have had poor seasons, we are missing Tom Hopper, who is so crucial to our system but yet again, he was taken for granted before his injury. We find a small piece of hope with Freddie Draper, and he picks up a concussion, it won’t keep him out for long but it just interrupts his consistently and doesn’t allow Appleton to pick a consistent team. We have lost our spine, Liam Bridcutt has been out for the last few months, Joe Walsh missed at least four months and picks up another nasty injury two games after coming back into the side, it’s massively unlucky. It’s not an excuse and we haven’t heard Appleton use the injuries as an excuse at all but look at our defensive performances compared to last year, we don’t concede many goals even now, but I think Walsh and Bridcutt help us when we are playing out, the experience between them is really missed. Have we ever found that Liam Bridcutt second choice, Ted Bishop played the role yesterday, Conor McGrandles has played it so has Max Sanders, but no one can do it as effectively as Bridcutt himself. We lack experience on the pitch, there is no one to shout and direct the team around the pitch, McGrandles has been captaining us recently but he doesn’t strike me as a character like Bridcutt, he won’t scream and shout at players, there is successful captains that do that, but there is no one to do that shouting on the pitch instead of the captain.

We hardly created anything that is worth talking about, Max Sanders had a long range effort and Hakeeb Adelakun had an effort saved, we looked lost on the edge of our own penalty area. Fair play to Cohen Bramall when he came on, he did try to make something happen with overlapping runs and looking to cross early but he is another player that in all fairness is lacking some important attributes that he needs, so is Jamie Robson but you’d rather your left-back be solid at the back than play like a winger. Regan Poole looks really tired, he has practically played every minute this season, and I’m sure he is playing with knocks pretty much every week as Appleton would rather use TJ Eyoma as centre-half cover, which is important especially with Adam Jackson being monitored closely with injury, which again leads to lack of options for change. I see people saying we need to freshen up the team but that is very limited because of the players available. I think Remy Longdon is coming to the end of his City career, he was once again an unused substitute in a poor attacking display, I quite like Remy, his attitude is good and he had a good run in the team around this time last year but, despite the new contract, he never bounced back from the penalty shootout miss against Sunderland, mostly due to just lack of opportunities, he even looked like our most impressive attacker in pre-season as well but he never got that chance, with even Cohen Bramall being preferred to him in attack on the first game of the season. Thank you for the constant support on the site recently, the content has been slow but we’ve had to change the site and develop a new one, which will be released in the next few weeks, I understand how difficult it is to support the club at the minute, so having people take out time to read my view of the game means a great deal to me. We have a good chance to put this result in the back of peoples minds on Tuesday night, when we take on Crewe Alexandra on Tuesday.

The AllLincoln MOTM is Sam Long.