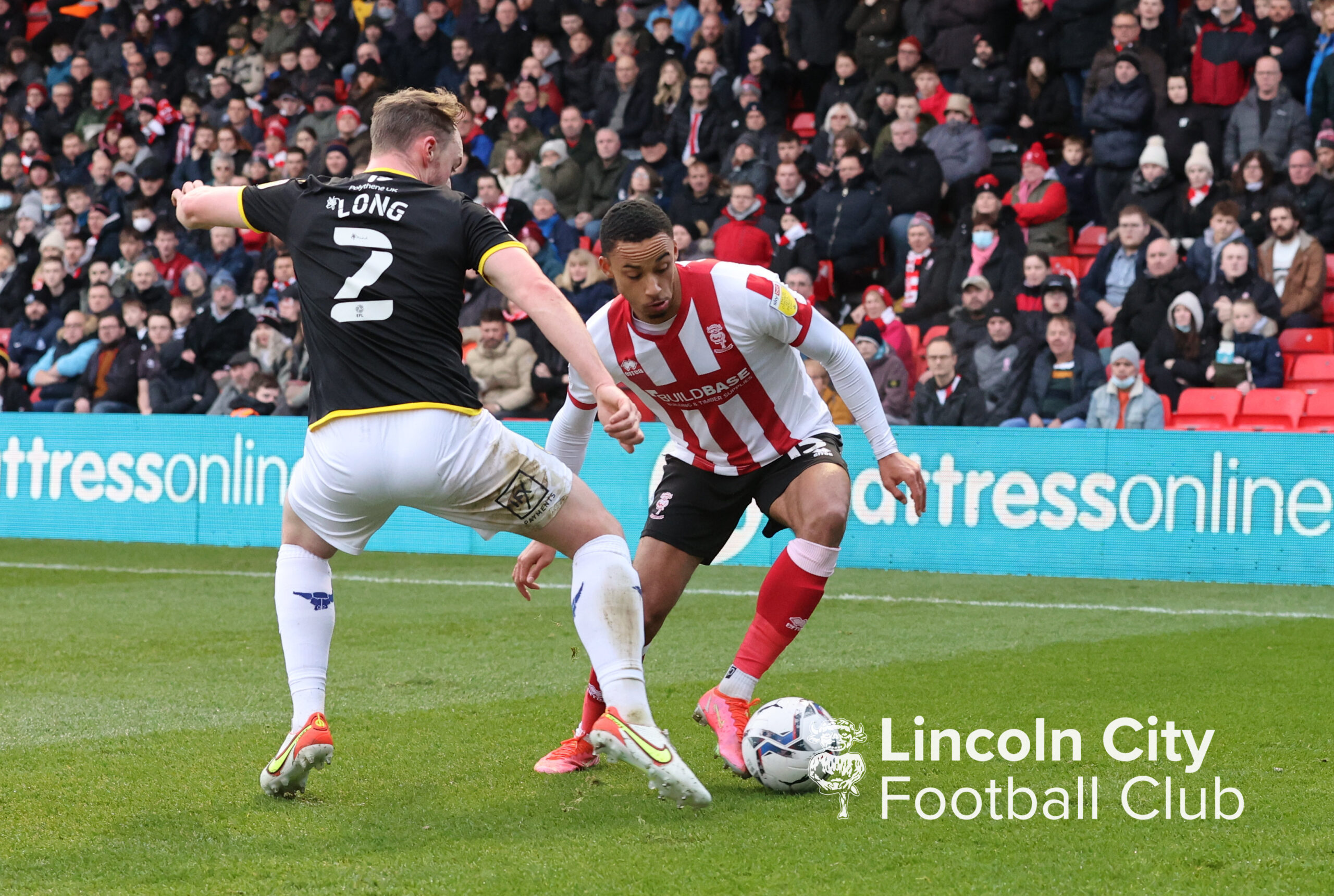 The imps got back to winning ways on Saturday as we took on high-flying Oxford United at the LNER Stadium. There was reason to be optimistic coming into the game, a new year meant a new start for the team and the signing of Morgan Whittaker but if you like to look further into things you’d have been extremely worried, we dropped into the bottom four over the new year due to others results and we were missing Liam Bridcutt and only named 4 outfield players on the bench.

Not only did we played so well on Saturday but the atmosphere was the best it has been in a long time, we looked up for it in the first fifteen and as soon as Chris Maguire hit the post, the crowd lifted and the players responded. Having Anthony Scully back was massive for us and it didn’t take him long to do something we’ve struggled to do for a long time, score. His goal was created by the intelligence of Lewis Fiorini and the finish was pure trademark Scully.

Lewis Montsma did have to be taken off before the goal, with a knee injury. He was replaced by Lasse Sorensen, who was excellent when he came on. Losing Lewis is a massive loss and it leaves us extremely short going into, possibly the hardest game of the season.

We held out really well for the final ten minutes of the half and for once, we didn’t look like conceding, which is rare. Cohen Bramall had his best game in the shirt for me on Saturday, not only did he look great offensively, he looked improved in terms of his defensive skill. I don’t see him as our long-term left-back as Jamie Robson looks like he can be a massive player for us but I think a future further up the field could be a sensible move as he looked unplayable when he was played down the line a few times.

I didn’t think we’d hold out the whole game at half-time, as soon as we celebrated that goal, I think everyone expected a side such as Oxford to hit back at us almost instantly but the further we got into the second half, the more belief the players and the crowd got. As the players gained that belief we got ourselves the second goal, Morgan Whittaker added the second goal on his debut with a well struck effort into the bottom left corner. Not only did Whittaker score but the impact he made was remarkable, he added a new dimension to the team we haven’t seen since Brennan Johnson left last season. Regan Poole and TJ Eyoma were excellent given the circumstances, Poole is really starting to look like a centre-half now and Eyoma is improving in both positions.

Chris Maguire had his best game in an imps shirt, in recent weeks he’s been the best attacker on the pitch on the most part but he can’t do it all on his own and once he got that support on Saturday, he looked great. Conor McGrandles and Lewis Fiorini had their best games in a while and flied into tackles all afternoon. It’s only one game but the performances have been there for three games now.