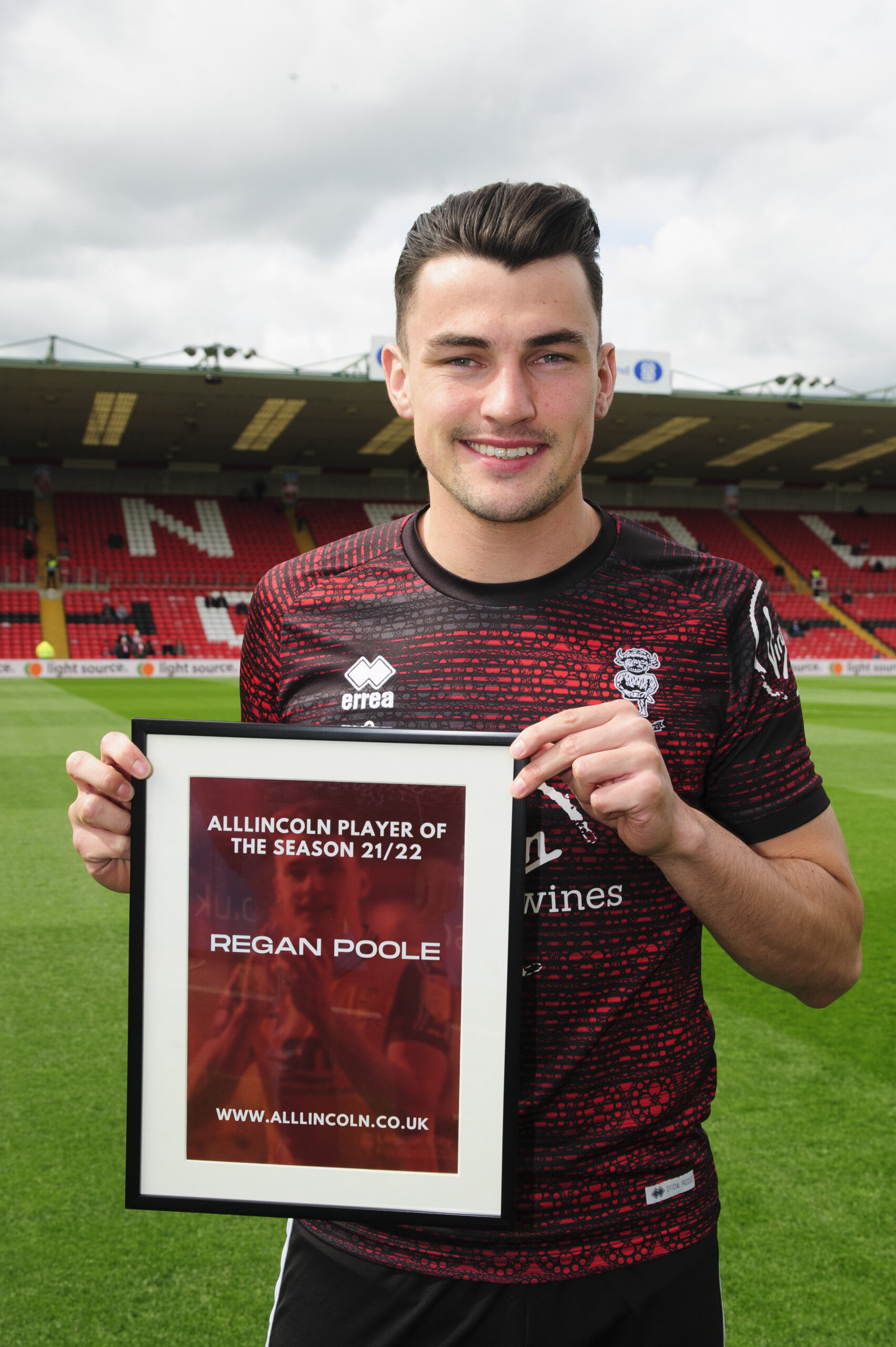 In what has been a difficult season for the club, Regan has been a consistent and exceptional defender for us. He has played both right-back and centre-half earning plaudits in both positions. Regan captained the side on a few occasions, most recently in a massive win against Wimbledon in a relegation six-pointer.

Regan joined the club in January 2021, and earned a starting spot as we secured a play-off spot, he started to impress at the end of the 20/21 campaign after settling in and has been an almost guaranteed starter ever since. So far this season, Regan has played 42 of our league fixtures, with two games left to play.

Regan is undoubtedly future captain material, and could become a real fan favourite next season and beyond.

Some Photos Of Regan Poole – Courtesy Of Graham Burrell

Player of the Season – Regan Poole

Young Player of the Season – Soon

Signing of the Season – Soon

Goal of the Season – Soon