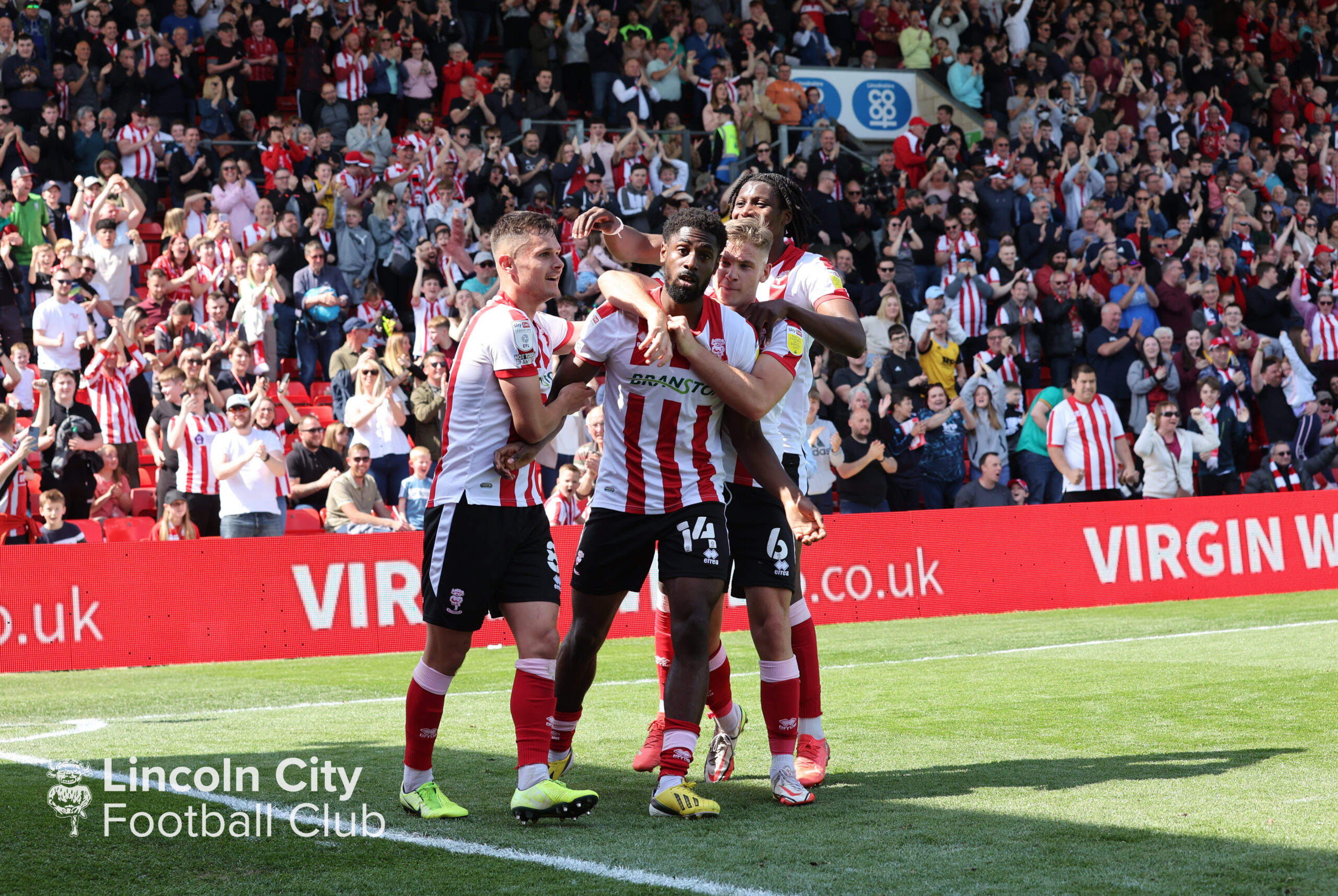 The imps beat already relegated Crewe yesterday at the LNER Stadium to finish what has been a disappointing season. Appleton made four changes to the side that lost to Accrington, including the return of TJ Eyoma from injury.

I’m going to try and steer away from the news of Michael Appleton leaving City for the first part of this article as I want to discuss the game and the performance first, to give his last win in charge the appreciation it deserves. As soon as the game kicked off, you could feel how it is was going to be like a traditional dead-rubber game. That’s no insult to MA or any of the players for their attitudes by the way, because we see it every year at every level. Crewe looked the more interested of the two sides but their lack of quality showed as they lacked the cutting edge.

We looked good in brief spells, especially Fiorini and Cullen in the attacking areas I thought. Marquis lacked that something he had two months ago, but that’s no surprise and I think without him, we’d have been fighting to stay up yesterday. Crewe did manage to take the lead through Chris Long, it was a well worked goal, some questioned whether Eyoma could have done more to stop it but sometimes you have to give credit where credit is due.

Our season was summed up just a few minutes later as Anthony Scully picked up an injury, which prematurely ended his afternoon. We only managed to name fourteen members in our squad today, which just shows why it has been such a difficult campaign for us. Today we missed, Josh Griffiths, Max Melbourne, Lewis Montsma, Adam Jackson, Joe Walsh, Cohen Bramall, Liam Bridcutt, Conor McGrandles, Ted Bishop, Chris Maguire and Ben House. That just shows how hard it has been for Appleton, as it would be for any other manager.

Large parts of the game looked somewhat like a training game for us and Crewe so I’m not going to dissect every chance and opportunity. We did up the tempo in the second half, but we still couldn’t find a cutting edge to punish Crewe. That was until MA looked to the bench for Tom Hopper. He made an almost instant impact scoring from a corner while two Crewe players were recieving treatment off the pitch.

That goal gave us the boost we needed and we looked much more likely to win the game. MA again looked to the (rather small) bench and brought on Hakeeb Adelakun, whose Lincoln career is almost over you’d imagine. Adelakun looked like he had something to prove and looked sharp on the ball when he came on. He soon made the biggest impact of all and powered it into the bottom corner from the edge of the area to put us ahead in the last minute of the game. Although it was a ‘dead-rubber’ game, you could see the emotion of Adelakun. He has had an incredibly tough year. He was brought in with an expectation to be our Brennan Johnson replacement and has struggled to showcase his ability. Even when he did get into a small patch of form around Christmas (MK springs to mind) he lost his place in the side due to the incomings of Cullen and Whittaker. Maybe he isn’t done yet with City and might get another chance, but everything points to him not being here come next season.

Despite a largely poor performance, there was some positives. Regan Poole was once again was head and shoulders above the rest, proving why he has been our player of the season by a mile. Fiorini played well too on his final appearance. I also thought Robson had a decent game for us too, despite his runs being largely ignored by our players, which is hopefully something that will be addressed in pre-season.

I will now address the event that everyone has been waiting for. Which is Michael Appleton departing City. I did put out a small piece yesterday evening about it from a personal perspective but I thought I’d comment on it here too. You could almost feel it coming in some ways at the ground. There had been whispers for a few days on social media, but it’s one of them things you just see as speculation. Then during the end of the game, that information started coming from journalists and when Michael was on the pitch at the end, you could see that it might be his last time managing a football game for us.

My immediate reaction was one of shock I have to admit. I still thought and think now that Michael was the right person to take us forward into next season, but as the statement says he and the club needs a fresh start for next season, which means we have some exciting times ahead of us. We might not get better than Michael, and I think it will be extremely tough for the next manager, but as long as we back the new manager from matchday one of pre-season next year, we are doing everything we can.

I think the style and the culture of the club will stay the same, with young players coming through the door with a view to selling them down the line for a profit. I think the board will already have someone in mind that can take the club forward in that way.

I liked Michael as a bloke and that’s why it’s so gutting on a personal note for me that he has left. It almost feels like he never got to finish what he started at this football club but he has certainly set the foundations for the next manager, with players like Poole at the club. There is young players coming through like House, Kendall, Robson, Roughan and Long just to name a few too.

I’d like to thank Michael for all the work he has done here. Last season was incredible, even if it was without supporters in the ground. This season has been hard but the foundations are ready for next season and beyond.

I’d like to put on record that the support on the site has been appreciated throughout the season despite a tough campaign. It is what drives me to continue.

For the last time. The AllLincoln is Regan Poole.